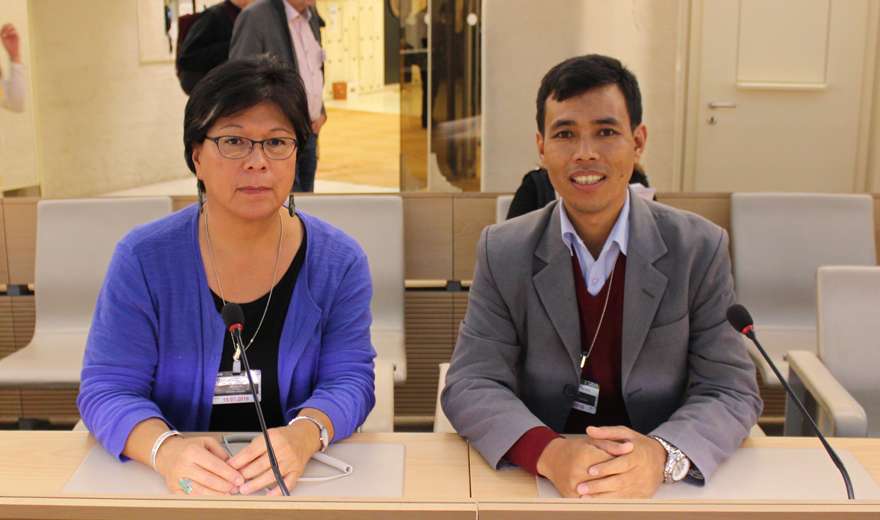 Agenda item 3: Follow-up to the World Conference on Indigenous Peoples, including the review of the mandate of the Expert Mechanism

Nepalese Indigenous Peoples strongly agree with the recommendations made by Human Rights Council in regards to improving the mandate of EMRIP as called for, in Operation Protocol 28, of the Outcome Document of the conference. We reiterate that mandate of EMRIP should be improved in a way which ensure the full and effective participation of indigenous peoples, which should complement, not duplicate the mandate of existing UN bodies including IIN Permanent Forum on Indigenous Issues and Special Rapporteur on the Rights of Indigenous Peoples.

We, Nepalese Indigenous Peoples recommend to allow monitoring functions to a1l three different and specific UN bodies working on Indigenous Peoples issues. We believe that the mandate of EMRIP should be enhanced as monitoring body along with its methods of its current mandate of providing thematic advice to Human Rights Council in the forms of studies and research. We would also like to recommend to enhance the capacity of EMRIP to make compulsory submission rather from encouraging states to make submissions to the EMRIP, whenever requested in relation to detailing their efforts to implement the UN Declaration on the Rights of Indigenous Peoples as well as the Outcome Document of World Conference on Indigenous Peoples through National Implementation P1an.

Mr. Chair, Nepalese Indigenous Peoples welcome the report of the Expert Mechanism on its study on the Right to health and Indigenous Peoples, with a focus on Children and Youth, in line with the Outcome Document of the World Conference. We believe that the study will help to draw attention of states including Nepal to improves the availability and accessibility of quality health services for Indigenous Peoples, realizing the highest standard health, at the meantime, it will help for recognition of their traditional health practices, indigenous knowledge and medicine. Although UNDRIP and outcome Document of Conference provision the articles that ensure indigenous peoples right to the "enjoyment of the highest attainable standard of physical and mental health" however that is not the reality for many indigenous communities in Nepal. In fact, malnutrition rates among indigenous peoples in Nepal are some of the highest in the world. Causes of hunger are firmly rooted in historical exclusion of and discrimination against indigenous communities who are denied equal access to resources and income generating opportunities.

Finally, we would like to bring into the attention of EMRIP about the systematic violation of Nepalese Indigenous Peoples' collective rights in regards to New Constitution writing. The new Constitution of Nepal which was promulgated on 20 September, 2015 has denied the rights of Indigenous Peoples. The government of Nepal used excessive force and violation upon indigenous peoples for crack down their right based movement, before and after the promulgation of Constitution. Tharu indigenous peoples in southern Nepal still have been reeling life through fearful situation, as they have been in target of police administration, just because they had taken to the street with the demand to include their rights in constitution. The new constitution of Nepal goes against the letter and spirit of the UN Declaration on the Rights of Indigenous Peoples (UNDRIP) in general and Outcome Document of the World Conference on Indigenous Peoples in particular. This is likely to result violent conflict in Nepal. Therefore, we also urge IIN systems to strengthen the Office of the High Commissioner for Human Rights (OHCHR), including EMRIP to monitor ongoing conflict due to the promulgation of a regressive constitution in Nepal and for effective implementation of IINDRIP and the outcome Document at the State level.

Thank you for your attention.