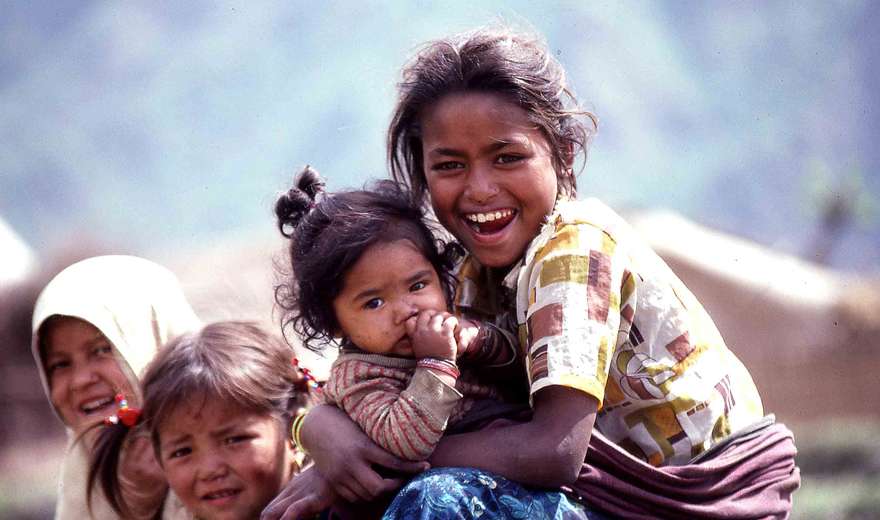 In a 2011 report, the UN estimated that of the Indigenous Peoples in Nepal, 0.5 million people to are endangered and highly marginalized. During the decade-long conflict between the Maoists and the Government of Nepal, which ended with the Comprehensive Peace Agreement in 2006, over 10,000 children became victims of human trafficking for military purposes and served as child soldiers in the Maoist army. There is a long history of Nepali Indigenous Peoples' struggle against state oppression, exclusion and discrimination. Discrimination and oppression by the state has a direct effect on children.

The New Constitution of Nepal has not recognised the rights of Indigenous Peoples as enshrined in UNDRIP. The constitution declares Khas Nepali language in Devanagari script as the official and medium of instruction language though Nepal is a multilingual country. Indigenous Peoples’ right to education in their mother tongues appeared to be recognised in the constitution but without State's responsibility to implement. It has just mentioned that the indigenous community can run the school on its own. Indigenous children also are deprived of their right to information in their mother tongues and access to media in their mother languages.

Shadow report submitted to UN Child Rights Committee to review Convention on the Rights of the Child implementation in Nepal. The title, ‘Indigenous Children’s Rights Violations in Nepal’ in April 2016, for the 72nd session.