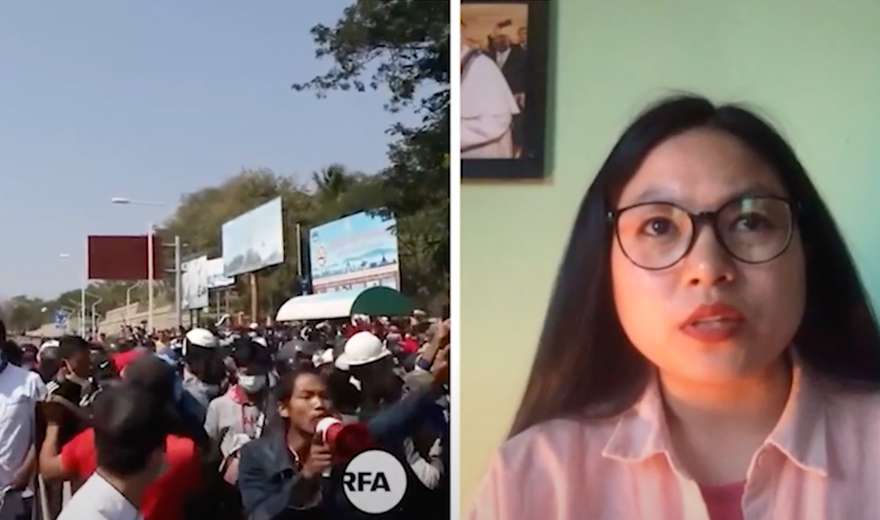 On February 1, 2021, the day on which the newly elected parliament had scheduled its first official parliamentary session in Myanmar after the election held in November 2020. Just hours before the scheduled sessions, the military conducted a house-raid and arrested several elected leaders and politicians, including Aung San Suu Kyi, politician, diplomat, author, and a 1991 Nobel Peace Prize laureate, and president Win Myint and other senior government figures. The Myanmar military then declared a state of emergency and imposed curfews putting restrictions on public gatherings. The internet and mobile services were temporarily shut down, blocking access to media and communications. The main accusation made by the Myanmar military is election fraud during the November 2020 election.

The military coup mainly resulted from accusations of election fraud during the November 2020 election, in which the National League for Democracy, the country’s leading civilian party, won 83 percent of the body’s available seats. After the coup, the Myanmar military declared a state of emergency and imposed curfews putting restrictions on public gatherings. The internet, telephone services, and television broadcasts were suspended, blocking access to media and communications. International flights were suspended. Mass protests took place across Myanmar opposing the military move. Some of the protests have turned deadly. Many are kept under house arrest with no outside contact and in most cases, their whereabouts are unknown.

The militarization of many Indigenous lands continues to this day. For decades, Indigenous Peoples have faced arbitrary detention, extrajudicial killing, and other hardships under the dictatorship.

Ethnic Burmans known as the Bamar, have enjoyed privileged positions, holding a majority of government and military positions, while many ethnic minority groups have faced systematic discrimination, lack of economic opportunities, minimal or no representation in the government and abuse mostly at the hands of  the military. Myanmar is also considered to be home to the world’s longest-running civil war. Throughout the past almost seven decades, the civil war has mostly taken place in the areas home to Indigenous Peoples, resulting in massive human rights abuses against Indigenous Peoples. However, this fact has never captured much international attention. The militarization of many Indigenous lands continues to this day. For decades, Indigenous Peoples have faced arbitrary detention, extrajudicial killing, and other hardships under the dictatorship.

Before 1948, when Myanmar achieved independence from the British, Indigenous Peoples had self-administered regions/federated states in their respective territories which they occupied for more than a century.  But the civil war in Myanmar started just a month after the country’s independence from Britain in 1948. Later in 1962, the military took power and ruled the country for over 70 years. During the decades, dozens of ethnic groups have taken up arms against the central government and army. The ethnic insurgency has been responded to with brutal repression by the military. Indigenous Peoples, mostly in remote areas, have experienced living under military regime for decades in the past and they understand what military coup means, i have asked this to Mai Thin Yu Mon, Indigenous human rights activist associated with the Chin Human Rights Organization. In this episodes, i try to explore how this military coup is affecting Indigenous Peoples, known in the country as "ethnic nationalities," who make up more than 100 ethnic groups.