POWER TO THE PEOPLE... AT WHAT COST? 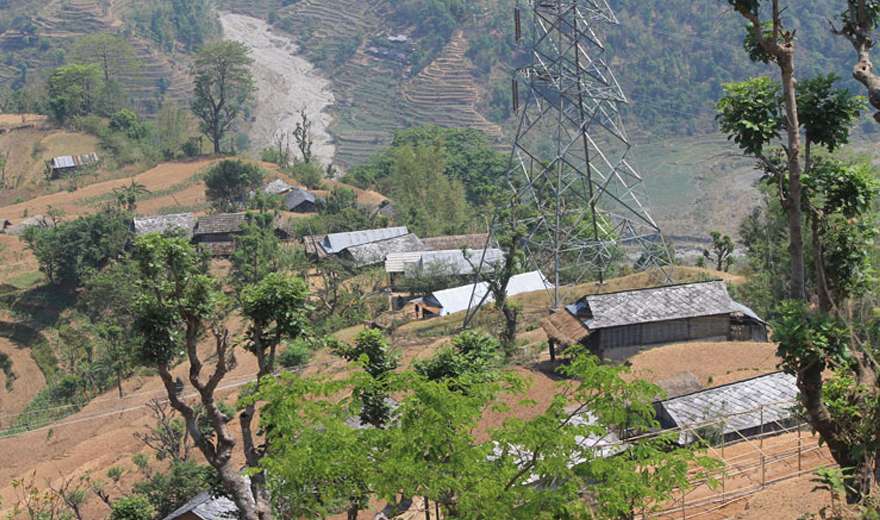 Hydropower projects undertaken without their Free, Prior and Informed Consent (FPIC) has left indigenos peoples of Nepal without justice.

Nestled among the glaciers and plentiful freshwater systems of the Himalayas, Nepal is a rich source of alternative energy. Recently, the government of Nepal has introduced a host of ambitious projects to tap its vast hydropower potential. In February 2016, the government endorsed the National Energy Crisis Reduction and Electricity Development Decade Plan, which aims to produce 10,000 megawatts of energy. Currently, as many as 70 hydroelectricity generating plants (ranging in capacity from 6 to 750 megawatts) are in operation across the country.

The government’s plan to tap hydropower potential is beneficial for the country’s economic development. However, such plans and programs, along with those undertaken by multilateral development banks such as the World Bank and private sector investors, are creating suffering among Indigenous Peoples of Nepal. Frequently they are resulting in widespread human rights violations, including escalating conflicts, forced displacements, and irreversible loss of traditional livelihoods and massive environmental degradation.

The areas destined for energy development are typically inhabited by Indigenous Peoples, who are often entirely dependent upon rivers for their livelihood. The implementation of such development projects on or near Indigenous Peoples’ territories without their Free, Prior and Informed Consent (FPIC) has become the most pervasive source of human rights violations and one of the greatest challenges to exercising their full and internationally recognized human rights. Communities that stand against and obstruct the works are often detained, tortured, or seriously injured and left without justice.

The government, which always protects the interests of international financial institutions, freely deploys the army to silence the voices of the disgruntled and displaced Indigenous communities. Indigenous communities who decry the attacks on their land are often portrayed as the State’s enemies and anti-development. To deploy the army against its own people, the government often declares these megaprojects as “projects of national pride.” In fact, this terminology is a calculated move to use the army against the people if they fight for justice.

The government has violated human rights of Indigenous Peoples by clinging to a principle of eminent domain, a theory that the state can utilize natural resources whenever it requires them.

Advocate Shankar Limbu, who is also secretary of the Lawyers’ Association of Human Rights of Indigenous Peoples (LAHURNIP), says the government has violated human rights of Indigenous Peoples by clinging to a principle of eminent domain, a theory that the state can utilize natural resources whenever it requires them. According to Limbu, LAHURNIP has collected complaints from as many as 35 districts. “From these districts, not only Indigenous Peoples but also local communities belonging to other caste groups like Chhetri and Bahun, have complained that they were not consulted or involved in any phase of development projects being run in their villages. The State often accuses them of obstructing the development process. But they are not anti-development people. Their perspective of development is different. They want just and sustainable development.”

The government has never sought FPIC from local Indigenous communities. Nor has it ensured their meaningful participation in development projects and distribution of benefits.

Sunuwar has been involved in documenting human rights violations in relation to the 90-kilometer, 259-tower Kabeli Corridor Transmission line. Local Indigenous communities have obstructed the construction for last year, demanding compensation and a public hearing addressing the Environment and Social Impact Assessments, and to obtain consent from the communities living in areas where 95 percent of the population is Tamang and Magar Indigenous communities. “Indigenous Peoples are not aware of their rights,” Sunuwar says. “Without addressing their justified demands, no development project can be completed. If they are ignored, they are not going to stay just as mute spectators.”

The government, multinational enterprises, and private investors have not followed international treaties and conventions in any of the megaprojects in Nepal. With a total cost of $84 million, the Khimti-Dhalkebar Transmission Line was first approved in 2003, restructured thrice in 2008, 2009, and 2012, and was to be completed by the end of 2013. The 73-kilometer high-voltage transmission line runs through 5 districts. Despite many uninhabited forest regions in the area, the chosen project route passes directly over private homes, cultivated land, schools, temples, and other historical sites. The affected communities in the Sindhuli district area are largely poor Indigenous communities.

Many of us were detained in custody for several days and tortured to sign a paper saying that we would not obstruct the construction.

Since 2011, the affected communities have repeatedly raised their concerns with the World Bank as well as the government, requesting that the project be re-routed through the uninhabited forest rather than through their settlements. The communities formed a struggle committee and began peaceful protest activities, including sit-ins and lockouts at the offices of local authorities and prohibiting entry of project personnel onto the construction site. Rather than holding formal consultations with affected communities to hear their demands, project officials first attempted to force construction activities by bringing in armed security forces to prevent the communities from blocking their progress. The communities often had clashes with the police and were persistently detained, tortured, and injured from security forces. The project finally completed in January 2017. “Many of us were detained in custody for several days and tortured to sign a paper saying that we would not obstruct the construction,” said Manoj Pradhan, a member of the struggle committee.

The locals were up in arms against the Khimti-Dhalkebar project because it was set up over their houses in direct violation of Electricity Regulation-1993. The project office had hidden this fact, but the locals knew about it and launched the protests. “We were never consulted when this project was designed. When technical teams visited our villages, they lied to us saying they were doing a survey to set up telephone poles. We knew much later that their survey was to set up electricity poles,” Pradhan said.

We were never consulted when this project was designed. When technical teams visited our villages, they lied to us saying they were doing a survey to set up telephone poles. We knew much later that their survey was to set up electricity poles.

For the past decade, LAHURNIP, together with the US-based Accountability Counsel to help secure the rights of Indigenous Peoples, filed cases in the Supreme Court of Nepal and complaints at the World Bank’s Inspection Panel. In response, both institutions expressed commitments to visit the locals and consult with them to solve the problems of affected communities. But officials resumed the projects without addressing the issues while the government fiercely oppressed peaceful protests of locals.

International conventions relating to Indigenous Peoples require governments and corporations to seek their informed consent before launching any development projects in their territories. The new constitution of Nepal (2015) also states the same. In response, a new, bottom-up approach of development is emerging. In this approach, the development process begins from a ward committee, the lowest body in the local government system, and then has to go through the village development committee area and district. The center should be the last to decide.

While promising, however, this approach currently exists only in policy papers. Chaitanya Subba, an Indigenous rights activist who is also a former member of the National Planning Commission, says, “This approach has to be really adopted. Before beginning any development project, its every aspect must be explained to Indigenous communities in whichever language they are comfortable with. If development projects affect the livelihood of Indigenous Peoples, they must be compensated.” He underscored, “It is not illegal [for] Indigenous communities to protest any development project that affects their lives and livelihood.” The relationship between Indigenous Peoples and natural resources is like that between water and fish. Not only do Indigenous Peoples have a historic and emotional attachment with their land, but it is also their livelihood. If they are driven off their land, they will die.

This article was first published in Cultural Survival Quarterly Magazine, on March 2017: https://www.culturalsurvival.org/publications/cultural-survival-quarterly/power-people-what-costRead more at: https://www.indigenousvoice.com/en/power-to-the-people-at-what-cost.html