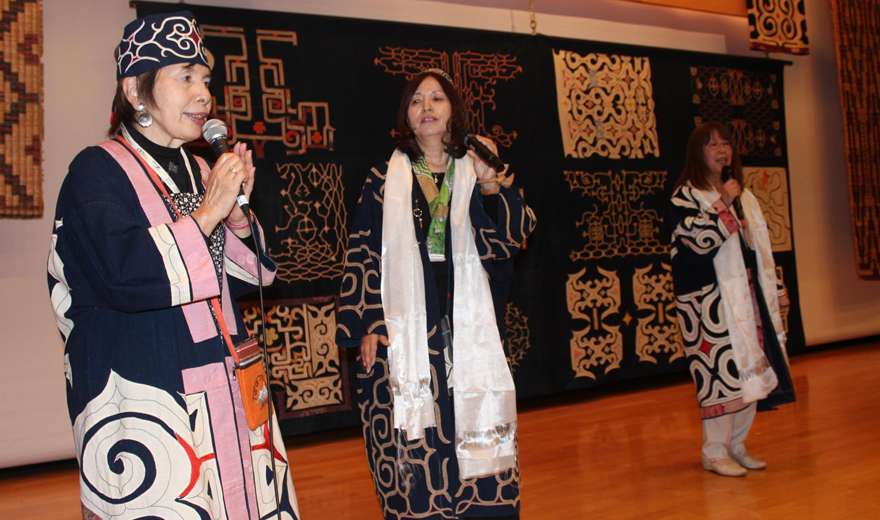 Cultural Survival, along with our colleague organizations Association of Comprehensive Studies for Independence of the Lew Chewan Peoples , All Okinawa Council for Human Rights, and Nirai Kanai nu Kai (Indigenous Peoples’ Organization for the Repatriation and Aerial Reburial of Ryukyuan Human Remains into original Ryukyuan Graves), recently submitted a report to the Universal Periodic Review (UPR) on the violation of Indigenous Peoples’ rights in Japan. The UN General Assembly established the Universal Periodic Review along with the United Nations Human Rights Council in 2006. Its purpose is to review the human rights records of the 193 UN member states, addressing the states’ obligations to respect, protect, and fulfill human rights, and to provide technical assistance to the states being reviewed. The 193 member states are divided into groups that alternate review cycles. The report was submitted for the 4th Cycle of Universal Periodic Review of Japan as part of the 42nd Session of the Human Rights Council. Our stakeholder report will assist the UPR Working Group in reviewing the Japanese State in accordance with its obligations to the international human rights treaties and mechanisms it has ratified and endorsed such as the UN Declaration on the Rights of Indigenous Peoples (UNDRIP).

The report notes that while the government of Japan has made some strides in addressing historical injustices including marginalization and discrimination against Ainu Indigenous Peoples, it has yet to take any efforts to address such injustices faced by Ryukyuan/Okinawan Indigenous Peoples nor does it consider them as Indigenous Peoples of Japan. Moreover, the Japanese government and the United States military have been using the traditional lands and territories of Ryukyuans without their Free, Prior, and Informed Consent. The Ainu, Ryukyuan/Okinawan, and other ethnic minorities have undergone similar experiences of historical injustices such as suppression of their socio-cultural practices and dispossession of their ancestral lands and territories. Indigenous Peoples in Japan continue to suffer greater rates of discrimination and poverty and lower rates of academic success compared to non-Indigenous Peoples. There is no meaningful consultation for promotion and protection of their right to self-determination including their language, history, and culture.

The report urges UN member states to make the following recommendations to Japan: