The role of media in the battle against COVID-19 pandemic 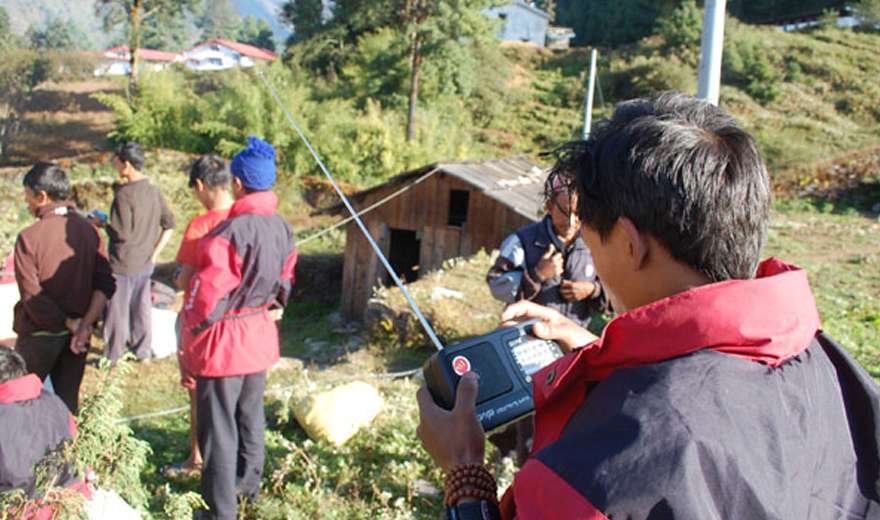 The Covid-19 disease is caused by novel coronavirus. Novel means new. It is known as novel coronavirus because it is a new type of virus. None of us knew about it until a few months ago. It was detected only in December 2019 in the Chinese city of Wuhan. This contagious virus has spread all over the world since then, killing almost 180,000 people so far. The number of infected people is rising not just in the world but also in Nepal. Many have dubbed the Covid-19 pandemic the World War-III. It is a deadly disease because the modern science has not found cure for it yet. No one knows when we will have a vaccine to immunize us. The best way the world has found so far to contain the spread of the virus is physical distancing. Almost all countries around the world have enforced lockdowns, forcing their entire populations to live in self quarantine.

Media is playing a critical role in the fight against the global epidemic. Media outlets have been relentlessly serving people by disseminating information about the disease.

Nepal has been lucky because the Covid-19 disease has not resulted in the death of anyone so far. However, even if we survive the virus, we find it difficult to survive its economic consequences. Our economy has been badly hit. Our health care is under-resourced. We lack resources to protect poor and vulnerable groups from the economic slowdown. As if these problems are not enough, the ruling Nepal Communist Party has created another problem by hurriedly passing an ordinance that allows political parties to split more easily. This has created room for political instability at a time when Nepal needs political stability more than ever before.

While political parties are failing us at a time of crisis, media is playing a critical role in the fight against the global epidemic. Media outlets have been relentlessly serving people by disseminating information about the disease.

Media is an interface between government authorities, policy makers and grassroots communities. People expect media to play an even more important role during a crisis like the Covid-19. The good thing is that media is largely fulfilling its civic duty so far in Nepal. Media is raising public awareness, motivating people to fight the epidemic and educating them about how they can avoid being infected. It is media's responsibility to pass on messages in such a simple way that even common people can understand.

Indigenous Peoples are not getting information about the Covid-19 in their own languages.

The government of Nepal has enforced a nationwide lockdown since March 24 to minimize the spread of the virus. It is managing health equipment needed to fight the virus by seeking support from the World Bank and the International Monitory Fund (IMF). Some unscrupulous businesses have tried to make a killing by benefitting from this crisis, but media has rightly exposed them. Media has also been informing the government about shortages of food, drinking water, cooking gas and medicines. In villages, where people have no access to the internet, radio is serving people by constantly airing news and Public Service Announcements (PSAs). Some radio stations targeting rural communities have been broadcasting life-saving information in local mother tongues, too. But how many radio stations are doing this? We do not know it for sure without a survey, but what we know is Indigenous Peoples are not getting information about the Covid-19 in their own languages.

Since nobody is immune to the Covid-19, it would be important to inform everyone about how they can get infected with this disease. And for this widespread dissemination of information, it would be important to create media content in local mother tongues. After all, accessing public information in their mother tongues is a human right of Indigenous Peoples. The Universal Declaration of Human Rights, 1948, defines mother tongue as part of human rights. Through a resolution passed in 2007, the UN General Assembly has called on member countries to protect and promote all languages spoken by their populations. The article 16 of the UN Declaration on the Rights of Indigenous Peoples (UNDRIP) has guaranteed Indigenous Peoples' rights to access information in their own mother tongues. The Constitution of Nepal has also guaranteed Nepali people's rights to access health information in the languages they speak and understand.

Most Indigenous Peoples live in remote areas, so they are deprived of not just health care but also information. So, it is crucial to provide information to them in their own languages.

For those Indigenous Peoples who speak their own mother tongues, information about Covid-19 in Nepali language may not work. One can argue that they too understand Nepali, but that does not mean that they understand the nuances of Nepali. They may understand Nepali language a little bit, just enough to communicate with Nepali speakers, but for them to fully grasp the messaging about the Covid-19, they need to get it in their own language. For example, police asked people to stay indoors through a speaker device after the lockdown was announced. Kathmandu's local Newari citizens heard police, but they did not respond because they did not fully understand what they were being told. They understood why they were being told to stay indoors only after Kathmandu's mayor Bidya Sundar Shakya delivered a message in Newari language. Soon after that, all ward committees of Kathmandu disseminated information about the lockdown in Newari language. As a result, even elderly and illiterate people locked themselves up in their own houses to avoid being infected.

In Gandaki province, Chief Minister Prithvi Subba Gurung released a message in Gurung language for Gurung people. Dr Kami Temba Sherpa, who works at Khunde Hospital in Khumbu Pasang Lhamu rural municipality, released a message about Covid-19 in Sherpa language. These instances show why and how it is important to disseminate information in local mother tongues, especially at a time like this.

After the outbreak, several indigenous peoples’ organizations in Nepal passed on information about Covid-19 in their respective languages. Some community radio and TV stations run by people belonging to indigenous communities also launched programs in mother tongues. A few private media houses, government and INGOs have used mother tongues to disseminate information about Covid-19.

Indigenous Peoples who do not speak Nepali language remained uninformed. As a result, they are now facing a humanitarian crisis.

Communicating about Covid-19 has been a bit tricky because this is the first pandemic faced by the current generation. For most people, English terminologies like lockdown, self-quarantine and self-isolation were totally knew. Media persons were unable to translate such words in Nepali language, so they used English words. As a result, most people did not know how to prepare themselves. Indigenous Peoples who do not speak Nepali language remained uninformed. As a result, they are now facing a humanitarian crisis. Indigenous Peoples living in the country's hills and mountains are not worried about coronavirus because they live in remote places, which are largely detached from the rest of the country. But Indigenous Peoples living in the Terai bordering India are vulnerable to the disease.

Most Indigenous Peoples live in remote areas, so they are deprived of not just health care but also information. So, it is crucial to provide information to them in their own languages. Those media outlets/organizations that have disseminated information about Covid-19 need to be praised, but it is also important to encourage others to focus on raising awareness about Covid-19 by disseminating media content in local mother tongues.