7, out of every 10 victims of trafficking in person are indigenous women and girls in Nepal 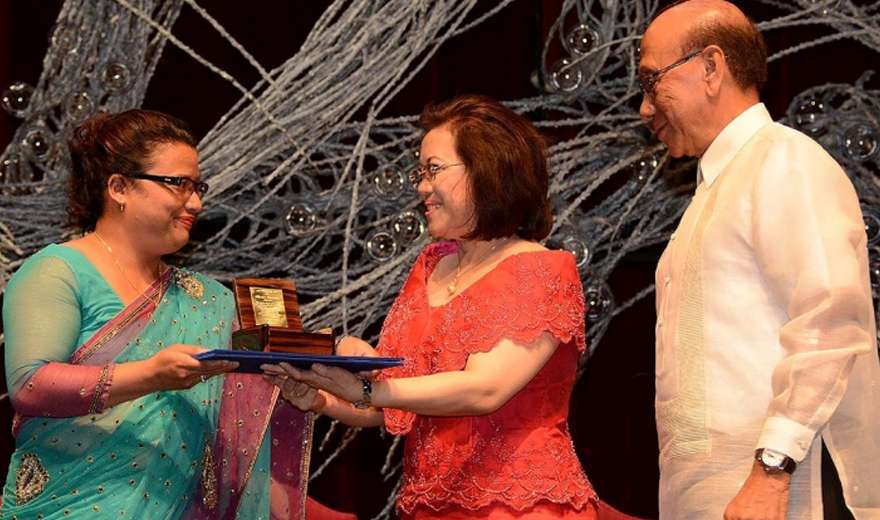 Indigenous women and girls in highest target of flesh trade

There is no exact figure on caste/ethnic composition of Nepali girls trafficked to India and other countries. But, percentage of castes and ethnicities of girls rescued by various NGOs is anything to go by, 7 girls out of every 10 victims of trafficking in person are from indigenous communities.

Achute Nepal, Communication Officer at Maiti Nepal, an NGO fighting against women trafficking, says, 'We have yet not produced a caste-wise figure of trafficking in person. But, we did an internal assessment of caste-wise survivors some two years back; and we found that 60 percent of the rescued were from indigenous communities while 20 percent were Dalits. Only 20 percent belonged to the high castes —Bahun and Chhetri."

To draw this conclusion, Maiti Nepal had looked at castes/ethnicities of 336 traffic survivors rescued from 2008 to 2012.

The caste/ethnicity-wise figure produced by Shakti Samuha, the first and only organization run by the survivor of women trafficked in India, also shows that 76 percent of women survivors of the total 821 women survivors who are either members and beneficiaries of its program are women from indigenous communities. The rest 12 percent are Dalits and another 12 percent are from Bahun and Chhetri communities.

One recent data released by National Human Rights Commission (NHRC) reveals that around 13,000 persons were trafficked out of Nepal in 2013. And, it is estimated that more than 17,000 women and girls end up becoming sex slaves abroad every year. They are promised with good jobs or prospect of higher study abroad but they are sold into brothels. Most of them end up in India, China and other Southeast Asian Countries. Worse, nearly half of them are children.

The percentage of castes and ethnicities of girls rescued by various NGOs is anything to go by, 7 girls out of every 10 victims of trafficking in person are from indigenous communities.

Once trapped in brothels, they find it difficult to flee. But, Charimaya Tamang and Sunita Danuwar, both of them indigenous women, were lucky. In 1996, they were rescued along with other 128 Nepalese women in a raid by Indian Police. They were sold into brothels of Mumbai. They are now fighting against women trafficking.

Charimaya Tamang and Sunita Danuwar were just 16 and 14 year-old-respectively when they were sold as sex workers. After being rescued, they found Shakti Samuha in 1997 to combat women trafficking. Recently, their NGO received Ramon Magsaysay Award 2013, which is often regarded as Asia's Nobel peace prize. Besides, Tamang also received 'Hero Acting to End Modern-Day Slavery Award' from the US Department of State in 2011.

"When I returned to Nepal, I was barefoot. Some of us had already lost our families. Some of us still had families but they did not accept us," recalls Tamang, "This is why we felt the need to establish an NGO. We wanted to support those sisters who had nowhere to go."

Tamang was the first person to be publicly recognized as an ex-sex worker. She was also successful to fight legally against the culprit (the traffickers).

When I regained consciousness, I tried to run away but they brutally beat me. I was then gang rapped. So, I had no other option but to spend my life in the hell.

A resident from Sindhupalchowk district, Tamang's ordeal began on March 28, 1994 when she was trapped by four people. They made her unconscious while returning home after collecting fodder for cattle. She found herself in a Bombay brothel after almost five days when she regained consciousness. "When I regained consciousness, I tried to run away but they brutally beat me. I was then gang rapped. So, I had no other option but to spend my life in the hell." recalls Tamang.

Indigenous and Dalit women most vulnerable

Traffickers do not intentionally target one particular social group. But, more indigenous girls are vulnerable to trafficking as they belong to socially, politically and economically backward social community.

"Indigenous and Dalit girls often fall prey to traffickers because they grow up in poverty. They have no good clothes to wear, not enough food to eat. So, they can be easily lured with fake promise of good job," says Sunita Danuwar.

Besides poverty, lack of access to education, information, employment and services are some of the reasons why trafficking is increasing in recent days. Firstly, girls from indigenous or Dalit community hardly get enrolled in school. Even if they are, they drop out before reaching higher level due to poor academic progress (failure in exams/tests).

"Makawanpur, Kavre and Sindhupalchowk districts, which are in the periphery of Kathmandu, have huge settlements of Tamang indigenous community; traffickers often go there to lure innocent girls," says Mayalu Lama Tamang. Tamang is working as a program coordinator of Combating Trafficking in person in these 3-districts for the last 5-years.

Makawanpur, Kavre and Sindhupalchowk districts, which are in the periphery of Kathmandu, have huge settlements of Tamang indigenous community; traffickers often go there to lure innocent girls.

Lama-Tamang observes that form of trafficking is now changing. Previously, Nepali girls used to get trafficked to India. But, they are now being trafficked within the country, too. They are trafficked to dance bars, cabin restaurants and massage parlors in Kathmandu. In 2009, Supreme Court issued a directive order to the government to regulate this dubious entertainment sector. Yet, no systematic study has been conducted to assess magnitude of the problem.

Justice is not that easy to get for trafficking survivors. Even after years of painful struggle, only a few trafficking victims get justice. Many die before courts hand down verdicts in their cases.

In July 2012, Sindhupalchowk District Court, slapped Bajir Singh Tamang, aka Prem, with a 170-year jail term and a fine of Rs. 1.3 million on the charge of trafficking of six minor girls to Indian brothel.

In 1996, Charimaya Tamang had filed a case, first by any trafficking survivor, in the same district court. Back then, the court slapped only 6 to 10 year of jail terms to her four culprits.

An NHRC report released in July, 2014, entitled 'trafficking in persons especially on women and children in Nepal' states that from the period of 2011/12 to 2013/14 a total 1955 incidents were reported as trafficked.

Charimaya Tamang says, 'We have as many as 44 cases but only two of them enough evidence to be filed at the apex Court."

There is Human Trafficking and Transportation (Control) Act 2007 which slaps a 20 year sentence for buying or selling a human. The problem still abounds that the Act does not criminalize hiring, transporting, sheltering or receiving of person by force, fraud or coercion for the purpose of forced labor.

Human Trafficking and Transportation (Control) Regulation 2008, stipulates that the court must conduct camera (close) hearing on any case filed on trafficking if a victim wants so, in which the public is not allowed in to the court room. The court also needs to hold continuous hearing in a bid to finalize the case at the earliest.

There is no community focused program in Nepal, especially by the government. NGOs are making some efforts; but they are not adequate. Raising awareness in local languages of indigenous people is not there.

"Although, the law stipulates system, but the practice is hardly in place. There is not situation where women can share her incidents freely. Since there are lapses in investigation process, the culprits are out of punishment," adds Tamang.

Sunita Danuwar says awareness on anti-trafficking is important but this alone is not enough. The government must take the initiative to create opportunity for generating income to end poverty and unemployment, so as in increasing literacy of the excluded communities residing in the remote villages. Moreover, there is need of community focused program targeting this excluded communities—indigenous and Dalit communities.

"There is no community focused program in Nepal, especially by the government. NGOs are making some efforts; but they are not adequate. Raising awareness in local languages of indigenous people is not there," says Charimaya Tamang.

She further adds that there are laws in place, but the implementation part is still disheartening, a lot of provisions still need to be amended. The trafficking is cross-country issue. Therefore, there should be mechanism that governments from two more different countries work jointly together among the security agencies to break the nexus of traffickers and ultimately curb the human trafficking.