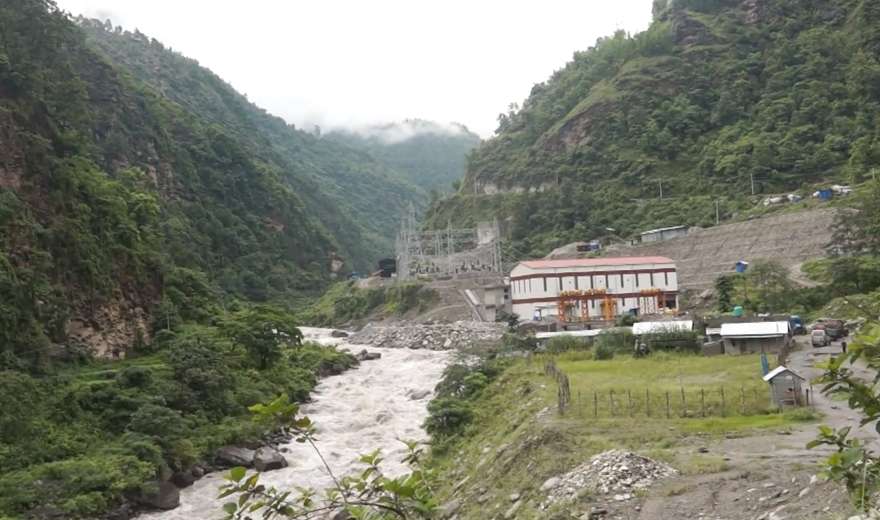 Hydropower projects constructed on Likhu and Khimti Rivers by private investors without conducting proper ‘public hearings’ have caused much harm and are  likely to have negative long-term impacts on locals and Indigenous communities living in and around the project sites.

The Likhu River which flows between the Ramechhap, Okhaldhunga, and Solukhumbu districts and the Khimti River, flowing between Ramechhap and Dolakha, are the ancestral territories of Sunuwar Indigenous communities.

At present, as many as 12 hydropower projects have been implemented on the Likhu and Khimti Rivers without the free, prior and informed consent of local Indigenous communities.

The rivers have been stewarded, managed and used by Sunuwar and Sherpa Indigenous and other communities for generations and some of the communities have depended upon the rivers for their livelihoods. A number of Sunuwar Indigenous Peoples sustain their lives by fishing and frog tapping. A special fish called “Neng” from the Likhu River is necessary in each and every Sunuwar cultural ritual, but it will be impacted by the interruption of the flow of the river due to the dam construction. This decline in fish populations will have long-term economic and socio-cultural effects on Sunuwar Peoples, as well as other local communities. But today, these communities have not only lost control over the Rivers but are also being barred from using their own resources.

These ancestral territories of Sunuwar indigenous Peoples lie in remote areas with no access to good roads, media or civil society organizations, therefore villagers are not aware of their rights.

Following the repeated calls from villagers, a team of representatives from the Koits journalists Association, Sunuwar Welfare Society, journalists and lawyers conducted a field visit to the area to witness the impact of the hydropower development projects and hold a meeting with the locals. This video documentary is based on the visuals documented during the field visit by Koits Journalists Association and Sunuwar Welfare Society.