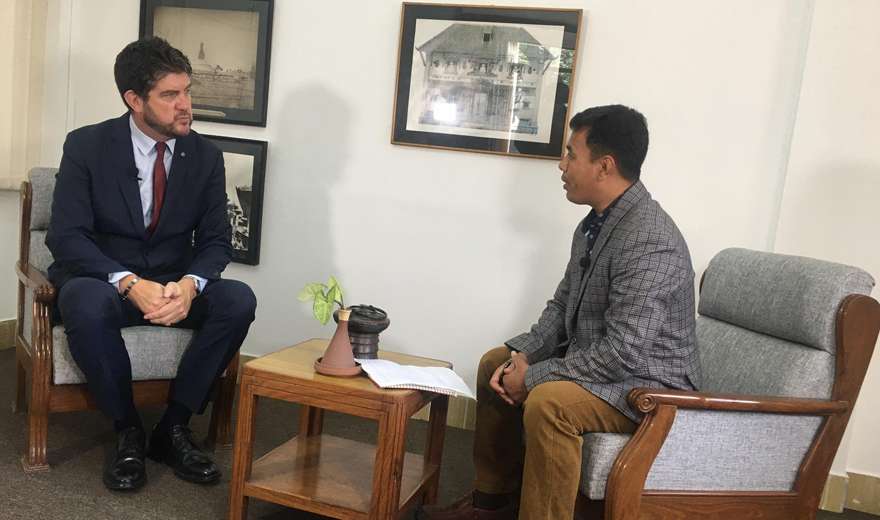 The United Nations Educational, Scientific and Cultural Organization (UNESCO) is a specialized agency of the United Nations aimed at promoting international cooperation through education, arts, science and culture. UNESCO is an intergovernmental agency. Nepal is a member state of UNESCO. UNESCO is a bit different from all the other UN agencies in Nepal. UNESCO has a national commission. Every member state has a government body, which is called a national commission, housed in Ministry of Education in the case of Nepal, which facilitates the connection with government. UNESCO functions close alignment with government national development priorities.

UNESCO has been tasked to act as a lead UN agency to promote the International Decade of Indigenous Languages,  in collaboration with the Department of Economic and Social Affairs.

In this episodes, I have talked to Michael Croft, UNESCO Representatives to Nepal and head of UNESCO Office, Kathmandu, and explored what the UNESCO office in Kathmandu doing to promote the International Decade of Indigenous Languages, the UN led global campaign in Nepal? The Global Action plan of the International Decade of Indigenous Languages (IDIL) aims to ensure international cooperation, joint and coordinated action among stakeholders including with Indigenous Peoples, what progress has been made so far in development of National Action Plan, cooperation, Joint and coordinated actions in Nepal? Similarly, one of the aim of IDHL is to preserve, revitalize and promote Indigenous Languages, what are the plans and programs of UNESCO office in Kathmandu in these area?