Rough Road to Justice in Nepal: The Case of Raj Kumar Chepang 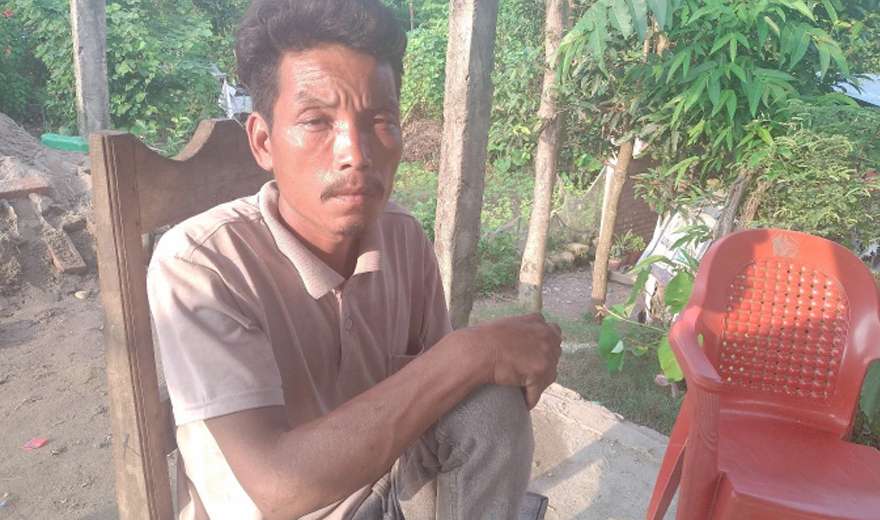 “The judgment of the Appellate Court is commendable as it gave a message to the authorities for not repeating such incidents in future,” commented Gobinda Ram Chepang, a former member of the Constituent Assembly and Chair of the Nepal Chepang Association, an umbrella organization of Chepang Indigenous Peoples in Nepal. The Court still has not addressed the four other Army officers who were also named guilty of illegally arresting and beating Kumar to death.

Previously, the Chitwan District Court, presided by Judge Gyatri Prasad Regmi, had sentenced Budha to a jail term of nine months and a fine of Rs. 9,000, and an additional Rs. 200,000 for the family as compensation. The District Court judgment was criticized as being unjust for the serious human rights violations of Kumar, who was illegally detained and tortured prior to his death. The decision was later appealed.

Kumar’s case is taken as an example that torture has been, and continues to be, rampant in Nepal. There are also several reported incidents of security forces engaging in abuse and torture to force detainees to accept the crimes they are charged with. On July 16, 2020, Kumar Chepang and seven of his colleagues, Santosh Chepang, 25, Bam Bahadur Magar, 32, Purna Chepang, 23, Santa Lal Praja, 32, Gopi Ram Praja, 32, Dil Maya Chepang, 25, and Maya Rai, 26 had gone to forage Niguro (fiddlehead fern) and Ghongi (a species of snail considered a delicacy), in the Jyudi River in the buffer zone (areas of forests and private lands including cultivated land surrounding park, jointly managed by locals and park officials) of the Chitwan National Park. They were detained and allegedly tortured by army officials deployed for the Park’s security before being released.

According to the statement made by the survivors, army officers beat them with boots and sticks and made them sleep on the floor. They were forced to do over 100 pushups and to carry heavy logs for long distances. Ultimately they were told to pay a fine of Rs. 200, but they didn’t have the money.  Before being released, army officers took pictures of all eight and told them to return the next day and pay Rs. 500. Kumar “could not even walk out of the Army camp and [his] colleagues carried him home,” the statement read. Kumar fell ill after the beating and was rushed to Bharatpur Hospital where he died on July 23, 2020.

Torture has been criminalized in Nepal since the enactment of the National Penal Code Act on August 17, 2018. In 1991, Nepal acceded to the UN Convention Against Torture, thereby committing itself to criminalizing torture, preventing its occurrences, and redressing victims. Today, more than 30 years after signing on to the Convention, Kumar’s case represents the first conviction of a perpetrator, a security personnel, for committing torture under the Penal Act.

Torture has been criminalized in Nepal since the enactment of the National Penal Code Act on August 17, 2018. In 1991, Nepal acceded to the UN Convention Against Torture, thereby committing itself to criminalizing torture, preventing its occurrences, and redressing victims. Today, more than 30 years after signing on to the Convention, Kumar’s case represents the first conviction of a perpetrator, a security personnel, for committing torture under the Penal Act.

Kumar’s murder remained silent for about a week before local media brought attention to it. With the help of human rights activists, Kumar’s father, Bishnu Lal Chepang, lodged a complaint at the Chitwan District police office on July 26, 2020, demanding justice for the death of his son. His plea initially went unheard, but human rights advocates and civil society organizations protested until the National Human Rights Commission finally conducted an investigation.

On July 30, 2020, the Chief District Officer, along with the victim’s family, Nepal Chepang Association, Chitwan National Park Office, Rapti Municipality, and Nepal Army, reached a five- part settlement agreement for an independent investigation into Kumar’s killing and punishment of the culprit; responsibility for the caretaking of Kumar’s daughter, including paying her school fees up to Grade 12 by National Park Buffer Zone Consumer Committee; the provision of raw materials by the National Park office for building a house for the deceased’s family; and levied fines of Rs. 700,000 against the National Park authority and an additional Rs. 300,000 against Rapti Municipality in compensation to the family.

Initially reluctant to accept the deal, Lal eventually agreed, as he was publicly assured by local representatives, park officials, and army officials that they would take action against the guilty, who had yet to be named.  On September 10, 2020, Lal relodged his complaint with support from human rights activists, this time naming the main perpetrator, Budha. Budha was arrested on September 28, 2020. “The arrest of Budha and an initial court order to keep him in custody until the trial [gave] hope of justice for the bereaved Chepang family,” said Ram.

According to Ram, the park authorities have provided the full amount of compensation. However, they did not provide the raw building materials for the bereaved family, nor did the buffer zone consumer committee provide education facilities and caretaking as agreed to initially.

On October 12, 2020, a case against Budha was filed in the Chitwan District Court. After seven rounds of hearings, the court sentenced Budha to nine months in jail and a fine of Rs. 9,000 as well as ordering him to pay an additional Rs. 200,000 as compensation for the family. Budha was released from jail for time served.

Following the District Court’s verdict which was issued on July 22, 2021, Kumar’s mother, Aaiti Maya Chepang, then had stated, “[We] got no justice. The Army killed my son for no reason. I was wondering why he was freed so quickly.” While the six colleagues of Kumar told police and the court that they were tortured while detained by the Army, the claim of torture was not raised until the subsequent Appellate Court hearing in September 2021. Budha was not arrested for committing torture, nor were any other investigations carried out against other army officials involved in the torture apart from Budha.

Army headquarters previously issued a press release stating that the “Nepal Army, as per the direction of Nepal government, is committed to protect the National Park responsibly,” thereby defining Kumar’s case as an incident that occurred while performing duty inside the National Park. The District Court judgment called the incident “an accident due to negligence.”

Army headquarters previously issued a press release stating that the “Nepal Army, as per the direction of Nepal government, is committed to protect the National Park responsibly,” thereby defining Kumar’s case as an incident that occurred while performing duty inside the National Park. The District Court judgment called the incident “an accident due to negligence.”

When families of victims file complaints against State authorities, they face hurdles from the moment they register a case. The complaint has to be made through two main institutions, the local police office, and the government attorney’s office, before the case comes before a court. If a case is filed at the police station, there is no guarantee that it will be investigated in a fair manner. Based on the investigation report of the police, the attorney’s office decides whether or not to file charges.

In most cases in Nepal, the compensation offered by park and municipal authorities comes from the state coffers. Perpetrators are rarely prosecuted, and victims’ families are persuaded to drop the case in exchange for compensation. Even if the victim’s family courageously continues to pursue their case, they usually do not succeed in getting justice.

“[Kumar’s case] is the first case of its kind. The Appellate Court has issued the highest degree of penalty against security personnel for violation of Indigenous Peoples’ rights in national parks in Nepal in accordance with the law. There are a number of cases of Army personnel committing crimes in conservation areas [which perhaps have been heard in military court], but this is the first judgment of its kind that has been issued against Army personnel in a civil case in Nepal,” said Shankar Limbu, Advocate and Secretary of the Lawyers Association for Human Rights of Nepalese Indigenous Peoples, which previously had conducted a study of similar cases in Chitwan National Park and followed this case closely.