Waiting for Justice: The Case of Raj Kumar Chepang 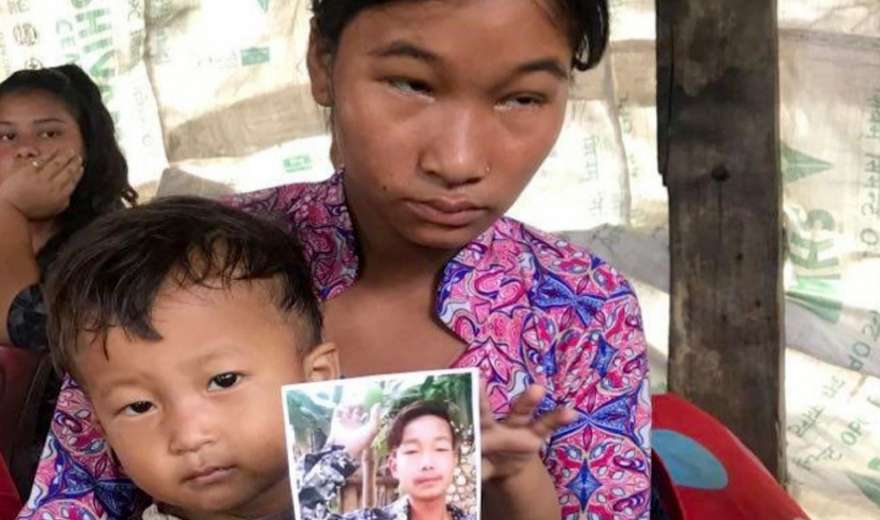 A recent Chitwan District Court order to imprison Chiran Kumar Budha, a Nepal Army soldier who was arrested for allegedly beating 24-year-old Raj Kumar Chepang from Piple Milan Chowk Ward, in Rapti Municipality, Chitwan, is a sign of hope for Chepang Peoples. Justice is usually rare in cases related to conservation in Nepal.

On October 13, 2020, the Chitwan District Court issued an order that Budha remain in custody in Bharatpur jail while awaiting trial, after hearing a case filed against Budha based on a report submitted by Chitwan District Police Office.

According to an information officer at Chitwan District Court, Shiva Adhikari, after hearing the cases and going through evidence, District Judge Gayatri Prasad Regmi ordered that the accused remain in custody while awaiting trial. A case was filed against Budha demanding life imprisonment.

The police had arrested Budha on September 20, only after receiving a second complaint, which was lodged 10 days before. On July 16, Raj Kumar and six of his colleagues including two women had gone to collect ghongi, a species of snail considered a delicacy, in the Jyudi River within the boundaries of Chitwan National Park. They were detained and allegedly tortured by army officials deployed for the Park’s security, before being released. Raj Kumar fell ill after the beating, was rushed to Bharatpur Hospital for treatment and died 6 days later.

Justice is usually rare in cases related to conservation in Nepal.

On July 24, Bishnu Lal Chepang, Kumar’s father filed a complaint at the district police office demanding justice, claiming that his son was tortured by army personnel and also named Budha, who was then the sergeant of Liglig Post in the Batuk Dal Battalion inside the National Park, as leading to his son’s death.

On July 26, the Bharatpur Hospital sent the dead body of Raj Kumar to the Tribhuwan University Teaching Hospital in Maharajgunj, Kathmandu, for an autopsy. On July 31, the Chitwan District Administration Office made an offer of 1 million Nepalese rupees as compensation to the family of Raj Kumar. To make up the amount, park authorities agreed to provide Rs. 700,000 and the Rapti Municipal Office had agreed to provide Rs. 300,000. After the agreement was reached in the Chitwan District Administration Office, Raj Kumar’s body was dispatched from Kathmandu to Chitwan and cremated on the following day.

“Initially reluctant, Bishnu Lal agreed to the deal offered and received his son’s dead body, as he was assured in public by local representatives, park officials, and the officials of Batuk Dal Battalion of Nepal Army that they would take action against the guilty,” Gobinda Ram Chepang, former Constituent Assembly Member, one of the representatives leading to the deal, said. “The arrest made of Budha, the accused, and an initial court order to keep him in custody until the trial is giving hope of justice for the bereaved Chepang family.”

The arrest made of Budha, the accused, and an initial court order to keep him in custody until the trial is giving hope of justice for the bereaved Chepang family.

In the case of Raj Kumar, the compensation offered both by park and municipal authorities come from the state coffers and the perpetrators usually do not get prosecuted, while the victims and their families are persuaded to drop the case in exchange for the compensation. Even if the victim families courageously continue to push their cases, they usually do not succeed in getting justice.

When the families of victims file cases against State authorities, they face hurdles from the moment they register a case. The complaint has to be made through two main state institutions—the local police office (the crime investigating authority) and the government attorney office (the public prosecutor), before the case comes before a court. If a case is filed at the police station, there is no guarantee that it will be investigated in a fair manner. Based on the investigation report of the police, the attorney’s office decides whether or not to file the case in court.

In the case of Raj Kumar, his father Bishnu Lal, had registered a first information report in the district office on July 23, a day after his son’s death. But the Nepal police did not arrest a single person until September 20. The arrest of Budha was made because of a second case filed by Bishnu Lal on September 10, even though the six survivors who were tortured along with Raj Kumar by the army personnel were ready to testify. Some of them have already made public statements about the incident.

In Nepal, providing monetary compensation in cases such as Raj Kumar Chepang’s by State authorities has become a norm. There are many similar cases in Nepal, in which the State has prevented the prosecution of its personnel by settling issues with victims and their families with offers of compensation.

Locals, mostly from Indigenous communities, are subjected to abuse on an almost daily basis in Chitwan National Park, but these incidents often go unreported.

Moreover, if an army personnel is a defendant in a case, there is a meagre chance for victims to hold army personnel accountable. A separate, but similar case occurred in Chitwan National Park which depicts how difficult it is for victims to get justice when the army is involved. This is why locals, mostly from Indigenous communities, are subjected to abuse on an almost daily basis in Chitwan National Park, but these incidents often go unreported.

In 2006, Shikharam Chaudhary and Lal Bahadur Tamang died after security personnel from Chitwan National Park took them into custody. Since then, the court has not yet reached a verdict on whether their deaths occurred in custody. Their cases were settled out of court after their families were offered compensation.

Even in the case of Raj Kumar, two days after his death, on July 24, in a press release, the Nepal Army stated it “already initiated an internal investigation into the case and would cooperate with authorities investigating the case.”

Human rights activists have conducted independent studies and the National Human Rights Commission has taken up the case of Raj Kumar. The case has been massively reported on by national and international media and has gained wide attention by the international community.